Volodymyr Tsemakh, the suspect in the case of MH17 downing, filed the complaint to the European Court of Human Rights (ECHR) against Ukraine and the Netherlands

According to the lawyer of the suspect, the complaint concerns the conditions of detention and confinement in Kyiv. Besides, Tsemakh stated about the use of psychotropic drugs against him.

“I filed the complaint to the ECHR in the interests of Tsemakh. I do not possess any detailed information; we wait for the further course of events,” lawyer of Tsemakh, Anatoly Kucheren said.

Eliot Higgins, the founder of the international group of the journalists and investigators Bellingcat, said: “It, sooner, reflects the perverse nature of the whole situation. First of all, with the release of Tsemakh by Ukrainian court within the prisoners’ exchange between Ukraine and Russia, despite the fact, that he is Ukrainian; then his escape to Russia and then the refusal of Russia to cooperate with the Netherlands on his detention and now this case”.

Go To Our New Web-site 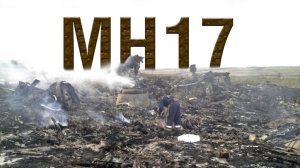 Who is responsible for this tragedy? Ukraine or Russia?
Take your part in the poll.